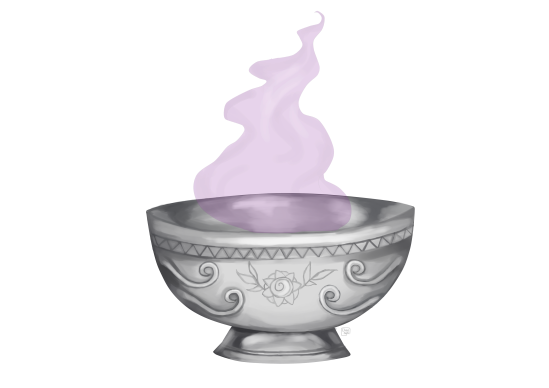 The Hero on Foot: The War of the Bowl is a trash book. Every page, every sentence, every word. Trash. And I can say that because I’m the book’s writer (in my defense, I wrote the abomination when I was ten). The manuscript is a compilation of every overused fantasy trope bound by poor syntax and grammar. Want to start at the beginning? Go here.

Today we will look at the only battle in the promised ‘war of the bowl.’ Spoiler. The battle is trash.

A recap. Our hero is chilling in a cathedral. His mentor is hanging out in a cave. The villain is unconscious, carried around by his friends.

So basically nothing is happening.

But this chapter isn’t called “The Battle” for nothing.

Javis decides to reface his foes and hikes back up the mountain. He sees his old village, now crisped huts and ash. I attempt something like reflection.

You know what I realized? This is like reading fantasy fiction by Donald J. Trump.

Then everyone shows up because why the eff not.

Yes, the ogre from earlier has summoned his friends. I guess with his Sherlock Holmesian mind, he deduced an upcoming battle.

The ogres are led by King Fred. I’m excellent at names.

Thames Tom appears with a cabal of wizardfolk.

Lord Oliver, the old duke of the village, joins the wizards and ogres with spearmen. Coincidentally, he’s chosen the anniversary of King David and Christ’s death to take the army for a stroll. Coincidentally.

Oh, right, it’s not a big deal or anything, but Oliver is Javis’s grandfather.

I think the implication is that Javis’s mother had an affair and produced Javis out of wedlock? Like, he’s a bastard?

And yes, I paid an artist to draw Boots in “silver armor of bronze” (what the hell does that mean) because what else is money for?

Boots is super weird around Javis.

Of course, every epic battle needs the narrator to count the number of soldiers. Just to give a sense of scale.

So uh 630 or so soldiers. Not exactly Lord of the Rings.

Then younger me remembers that a battle has two sides, so the enemy pops onto the battlefield.

This ends the chapter.

A chapter titled “The Battle.”

We begin with a speech worthy of William Wallace, after which our hero promptly retreats to the back of the army like a dingleberry.

Then, instead of focusing on this decently-sized battle, we follow a conversation between the war generals.

A conversation about cats.

With suspense, we wait for Boots’s answer.

How will he respond to this challenge to his feline faith?

An artist has been well-compensated for the following angel cat.

The battle is intense.

You can tell by the battle sounds.

We reach the climax.

In his darkest moment, Javis finds aid in the most unlikely source. Like, I’m still confused.

Because Thames Tom. You know, the guy who’s name is James Bond but pronounced with a lisp? The guy who also goes by Lenny or Lester? The wizard who uses his beard as clothing?

He shaves his beard.

And turns into an urn.

And this isn’t part of my story, this just is true. This is a lesson to be learned. An eternal wisdom.

I have, of course, commissioned a wonderful artist to recreate the urn.

Back to the climax. Javis takes the urn, tosses it into Dawson’s face, and beheads his foe.

Javis is left to pick up the pieces.

And soon, my abridged, annotated explanation of The Hero on Foot: The War of the Bowl will also end. Click here for the final post.

Boots in Armor and Beard Mage by Hari Nezumi